This content is part of the Essential Guide: What you need to know about cloud desktops and DaaS providers

If you want to host virtual desktops in the cloud, you need to get a handle on the management and support options Desktop as a Service providers have to offer.

Virtual desktops that public cloud providers host are becoming an increasingly viable option as opposed to in-house virtual desktop infrastructure. But if you're going to hand over your desktops to a Desktop as a Service (DaaS) provider, what can you expect from them? Providers are not created equally, so it is important to investigate each provider's offerings prior to subscribing. Some DaaS providers even offer free trials, which can help to make the evaluation process a lot easier. 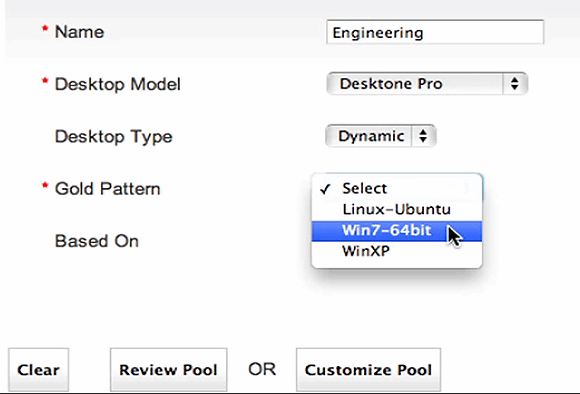 Figure 1: Some DaaS providers allow the customer to choose from a variety of OSes.

One of the major considerations that must be taken into account when choosing a DaaS provider is the desktop operating system that it provides. Some DaaS providers do not give their customers a choice as to which desktop OS they use. Others might allow customers to choose between three or four different operating systems. For example, Desktone allows customers to choose between Linux Ubuntu, Windows 7, or Windows XP (Figure 1).

For the time being, Windows seems to be the primary desktop operating system that DaaS providers offer. Almost all of the providers offer Windows 7, but some also offer Windows 8, Windows XP or Windows-Server-based terminal sessions. Of course, Windows isn't the only desktop OS that hosting providers offer; some offer various flavors of Linux. At the moment, OS X is not available in DaaS environments because of the way that Apple's licensing works.

Almost all of the DaaS providers offer a Web-based administrative console that can be used to deploy and configure hosted virtual desktops. The actual functionality of the administrative interface varies from one provider to the next, but there are certain features that are very common.

Comparing Desktop as a Service and in-house VDI

What DaaS customers must know about the cloud model

Most of the providers seem to understand that a single organization may need multiple virtual desktop configurations. For instance, the marketing department may need a different desktop configuration than the finance department. As such, most of the providers allow customers to define multiple pools of virtual desktops. These pools may be static or dynamic and can generally be mapped to either users or to groups of users.

Another common function of the administrative console is the ability to join virtual desktops to a Windows domain. The domain may be hosted on-premises or in the cloud.

The domain-join functionality will likely change in the future. Right now, traditional domain joins only work for Windows-based virtual desktops. Windows Server 2012 R2 will offer a next-generation way to join a domain, where traditional domain joins are still supported, but it also includes a new method called a workplace join. Workplace joins will be supported for nontraditional clients, such as virtual desktops running non-Windows operating systems.

Some DaaS providers also allow administrators to choose the hardware configuration used by hosted virtual desktops within a pool. For example, a pool for the engineering department may consist of 10 static virtual desktops running Windows 7, with each virtual desktop assigned a single CPU and 2,048 MB of RAM (Figure 2).

Application support varies widely among DaaS providers. Some providers offer a predefined set of applications -- such as Microsoft Office 2013 or antivirus software -- that are included with each virtual desktop.

In addition to the basic software offerings, some DaaS providers make additional applications -- Microsoft CRM, Visio, Publisher and Project, for instance -- available for an extra cost. Others may allow you to install your own applications onto virtual desktops, but if you want that capability, check to make sure that the DaaS provider that you are considering allows this.