An increasing number of companies are considering upgrading to newer versions of Internet Explorer (IE) and Windows. But many administrators have the same question: How do I upgrade my desktops and support legacy Web applications that rely on IE v6 and other older technologies?

Microsoft offers one answer: a virtual hard disk (VHD) image file download of Windows XP with Service Pack 3 and IE v6. While this VHD is free, it has a short timeout period so that, at best, the software only works for a few months. (The current file expires on Oct. 1.) In addition, to run this VHD image, you need a copy of Virtual PC. You also have limited rights to the operating system. Another solution is to use a complete virtualization technology to run an entire PC inside your PC. Products such as VMware Workstation and Virtual PC allow an older XP/IE v6 desktop to run without interfering with the more modern OS. However, this requires a great deal of expertise, infrastructure and management effort.

While both these options can fix the problem, if you want something less costly and complex, Installfree.com, Zinstall.com or MokaFive.com may be better options. Each of these technologies is easy to learn and deploy, can be used to scale up from a few desktops to several hundred, and is relatively inexpensive.

Zinstall.com
Zinstall is designed to run a copy of your existing Windows XP machine inside a Windows 7 desktop. It uses the "Windows-old" directory created by the Windows 7 installer to rebuild your original XP desktop. 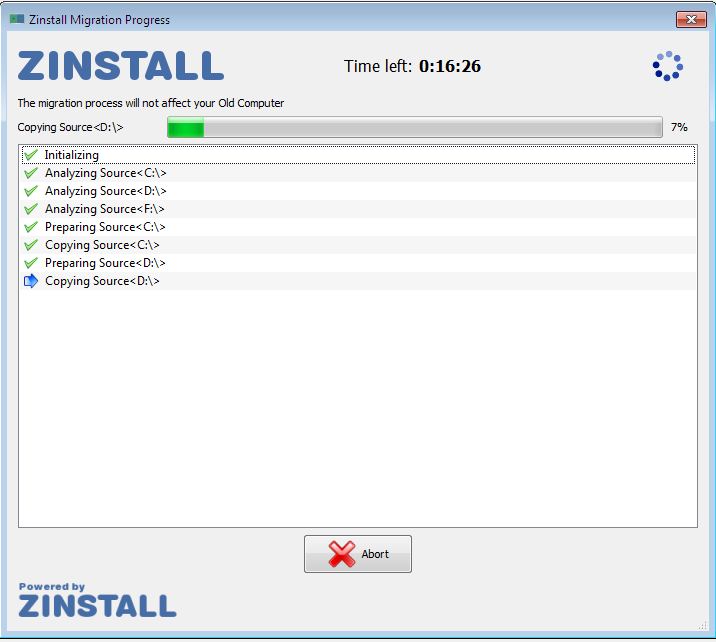 How it works: Zinstall takes a snapshot of your XP machine and gives you complete access to it -- you can add or remove programs, and your XP machine is available at a single click. The first time you bring up your XP virtual machine (VM), there is some delay, but after that, it's almost instantaneous -- similar to VMware.

This is a good solution if you want to preserve existing XP desktops with multiple applications that don't work in Windows 7, since everything from your old XP machine remains intact. Nothing is migrated to Windows 7; you have to install new apps just as you would for any new OS install.

There are some downsides to this product. During my tests converting several machines, I got blue screens midway through the process, and only after some knuckle-biting moments was I able to resurrect them. Another issue is scalability: You have to install the product on every desktop you want upgraded from XP to Windows 7. If you have hundreds of desktops, this is more than tedious. In addition, security is a problem. The same vulnerabilities that can clobber a regular XP/IE v6 physical machine can hurt your virtual one. If that happens, you have to start from scratch and make a new XP copy. But note, if you set up your XP virtual machine to be isolated from your Windows 7 physical desktop, you don't have to worry about some infection harming the Win7 side of the house.

Cost: The software is $89 for a single copy. The enterprise version is $1,799 (including 11 licenses), and it supports virtual desktop infrastructure, domains and scripts.

MokaFive.com
How it works: MokaFive Virtual Desktop distributes and then runs VMs from a central cloud-based management server.

Figure 2: MokaFive can create and run VMs on both Macs and Windows PCs. (Click to enlarge.)

The idea is that a central location provides a consistent VM image without much management overhead and without the expense of a VMware ESX server. The VMs can be stored on either a Universal Serial Bus (USB) thumb drive or a Windows or Mac desktop. If you have used the VMware Player application, then you have a head start because that is basically what MokaFive is under the covers.

To assemble a VM image, you'll need the Creator software, which is Windows-only. You start with a base physical machine -- such as from the Windows distribution DVD or an ISO image file -- and convert this into the LivePC MokaFive format. Then run the VM and make any other configuration changes (and add or delete any applications) before packaging and uploading it to the management service. You can also convert VMware's VMX files if you have already created a virtual machine using its tools.

More on Windows 7
and VDI:

How to run apps that aren't Win7-compatible on Win7

VDI helps IT migrate to Windows 7

There are four versions of the MokaFive player: one for Windows, one for Macs and a portable version for each that takes over and runs from a USB stick so no residue is left on your host machine. With the portable versions, you can bring up a VM without worrying about what is on the host machine, which is an advantage if you travel and use cybercafé PCs. The same VM can run on either Windows or Macs with the appropriate player, just like any ordinary VM.

The management console can set up several policies to restrict the action of the LivePC on the host.

This product is very easy to update a VM with MokaFive. For example, let's say you roll out your XP VM but forgot to include the right version of Flash. To fix this, all you have to do is download and install the correct version to your running VM using the Capture tool, shut down the VM package, and update the cloud-based image. Within a few minutes, everyone who has rights to use that VM will be able to update Flash. However, I found that the VMs aren't completely in sync. In addition, you may have to reboot the VM, depending on what you have updated and the last time the VM was used by that particular user.

Installfree.com
How it works: Installfree Bridge Enterprise v2 is a Windows-only streaming software product similar to Symantec's AppStream or Microsoft's App-V. For the best results, desktops should be connected on local area networks (LANs) to the streaming server, although the product can also work across broadband Internet connections. When you're not connected to any network, your apps are cached and continue to run. So, for example, you can stream IE v6 to your Windows 7 desktop and run your legacy apps in parallel with newer IE versions, as shown in Figure 3. 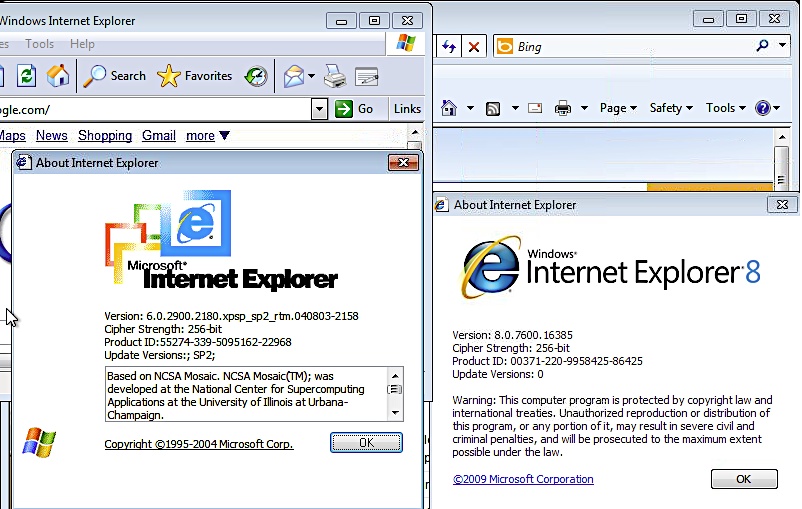 Figure 3: With Installfree.com, you can run IE6 and IE8 on the same desktop. (Click to enlarge.)

The first step is to package the applications you want streamed to your desktop with the Encapsulator program. A clean OS is not necessary -- the software will determine which resources are needed. In essence, each app spins up its own mini-OS. In other words, if a Web app needs Adobe, DirectX and Flash, it packages these technologies together, and they only exist when that particular app is running. As part of the packaging for an app, you can restrict it to particular mapped drives, set the screen resolution, prohibit USB or clipboard access, and conduct other tasks to make it more secure. When you are done using an app, you return to your original desktop with no changes to any files or registry entries.

Cost: $25 per user, per app, per year. This can be pricey if you have to stream many different apps. Note that the vendor will virtualize your particular app for a custom consulting fee if you don't want to do it yourself.

Each of these three products lets you virtualize your legacy apps in different ways to keep them viable when you migrate to Windows 7 or a newer browser version. While they are relatively easy to deploy, each one has several components and requires some time and effort to understand. Being familiar with virtualization technologies is helpful, but it's not essential.

ABOUT THE AUTHOR:
David Strom is a freelance writer and professional speaker based in St. Louis. He's former editor in chief of TomsHardware.com, Network Computing magazine and DigitalLanding.com. Read more from Strom at Strominator.com.