Instead of Hyper-V Manager, why not use the Remote Desktop Protocol to access virtual desktops that run Windows 8 as the guest OS? That gives you increased screen resolution, easier cursor movement and even better performance.

In older versions of Windows, administrators frequently use Microsoft's free Virtual PC to access virtual machines (VMs). On Windows 8 PCs, the obvious choice is Hyper-V Manager, which permits users to open and use any VMs to which they have access -- primarily through the Hyper-V server that gets installed on Windows 8 when the Hyper-V Manager is enabled, but also to any remote VMs on the network.

Figure 1: Double-click any entry, and you've got a VM window open.

To access a Hyper-V VM and the Windows 8 virtual desktops it's hosting, double-click an entry in the Virtual Machines pane in Hyper-V Manager (Figure 1).

However, you'll notice some limitations right off the bat. 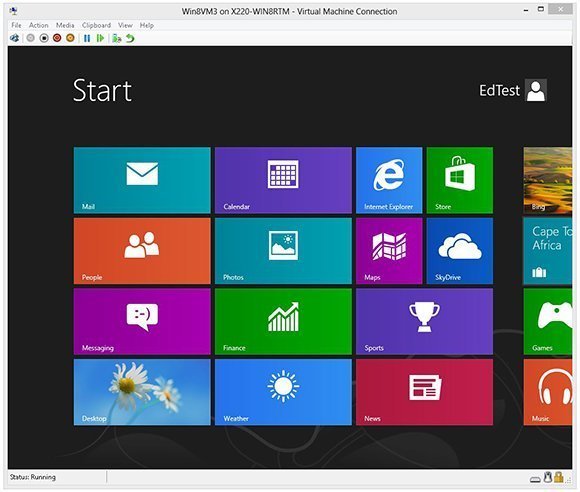 That window identifies itself as a Virtual Machine Connection (Figure 2). It is limited to a resolution of 1024 x 768 -- not large enough to take advantage of built-in Windows 8 screen snap behaviors and probably too small for effective Windows 8 interactions. You may also find that manual control keystrokes are needed to free the cursor focus once you start working inside the VM Connection window, in much the same way that Virtual PC works on older Windows OSes.

RDP to the rescue

There's nothing to say you can't use Hyper-V Manager to access VMs if you want to, but you could also use Microsoft's Remote Desktop Protocol (RDP) to access Windows 8 virtual desktops on those same VMs. As long as your VMs are configured to interact with your local network (this usually mean they're able to access the Internet as well) and RDP access is enabled inside the running VM, you can use the protocol to access it.

That said, you can't use RDP on the same host where the VM is running to access that virtual desktop; in that case, you must use RDP from another machine to access the desktop instead. Except for those admins who have access to only a single PC, this shouldn't be a problem.

If you can live with that minor restriction, you can open Windows 8 virtual desktops inside a remote desktop window instead. You'll get the following advantages:

Screen resolution. There's no limitation on maximum screen resolution, other than the size of your monitor. I routinely use RDP to open windows into VMs on my 27-inch 1920 x 1200 monitor, and if you have a bigger monitor, you can go bigger than that if you like.

Cursor freedom. There are no restrictions on moving the cursor inside and outside the boundaries of the VM display window. It's a simple matter of clicking and working wherever you want to. RDP moves the focus to your cursor location without requiring special control key sequences, such as Ctrl-Alt-Break.

Performance. The user interface response feels a bit snappier when you're accessing the VM via RDP rather than using Hyper-V Manager's VM Connection interface. I've observed this on every system on which I've tried both ways to interact with VMs.

Familiarity. This approach works identically to other virtual desktop technologies, so you can use System Center Virtual Machine Manager 2008 R2 or 2012 to establish a self-service Web portal to access your VMs. By browsing to the right webpage, you can access your virtual machines as long as they're accessible via the same network where the Web portal resides.

A Microsoft expert provided me with some further tips to help you access VMs using RDP, including the following recommendations:

Memory considerations. Configure your VMs to use dynamic memory with reasonable minimum and maximum settings. This setup keeps those VMs from consuming more memory than they need and ultimately lets you run more VMs concurrently. 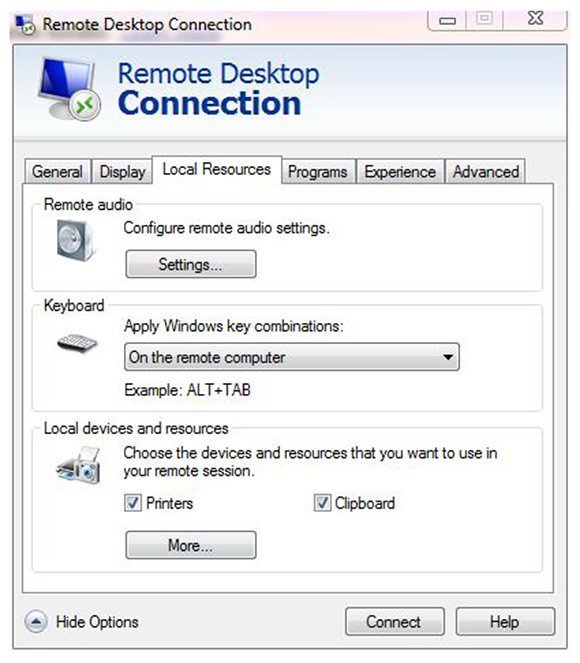 Figure 3: Pass those special key combinations onto the remote computer.

Disk I/O considerations. Accessing Hyper-V VMs is very I/O intensive, which means that the speed of the disk where virtual hard disks and other VM-related files reside has a strong effect on performance. It's also a good idea to store those files on a solid-state drive to achieve the best possible performance on your Windows 8 virtual desktops.

Once you get everything working properly using RDP to access Hyper-V VMs, you'll never want to go back to using the Hyper-V Manager's Virtual Machine Connection windows again. It's much faster and more convenient to use RDP instead.

AnonymousUser - 3 Aug 2013 9:52 AM
This works, but not really. That is RDC connects and I see a proper widescreen of the VM in 16x12, but as soon as I click anywhere, RDC crashes