The multidesktop metaphor has long been a standard-issue item in the Linux/Unix world, but the ability to switch between two or more desktop operating systems was never an official part of the way Microsoft Windows manages things.

There could be any number of reasons for this, but if I had to hazard a guess, I'd say it's because the user interface (UI) engineers at Microsoft decided to make a single desktop -- with or without multiple physical screens -- as useful as possible. They've edged a lot closer to that goal over time, especially with the new window-management technologies in Windows 7. 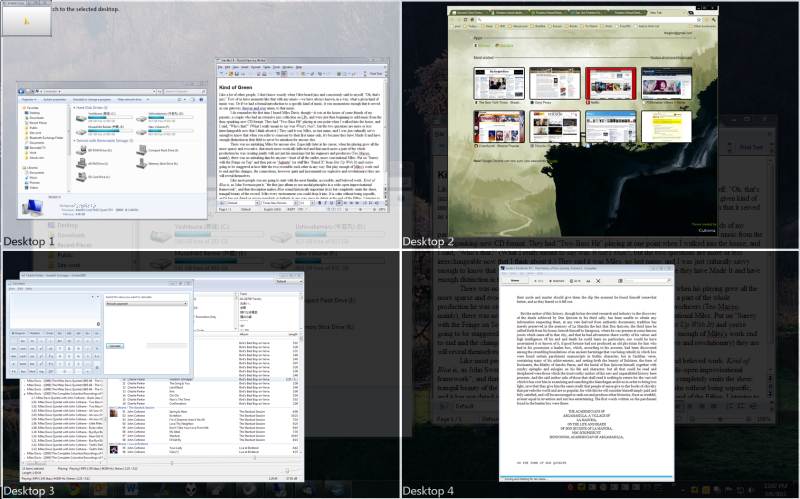 That said, plenty of folks who come to Windows from other pastures (or even those who are long-time Windows users) are fond of the multidesktop setup because it gives them a way to run multiple desktop environments on a single monitor, easily switching between screens. The busier the work environment, the more likely you'll find a virtual desktop system of some benefit.

There are many multidesktop add-ons for Windows, but one of the most refined implementations of the concept I've seen yet is Finestra Virtual Desktops, an open source project (under the Microsoft Public License) now in Version 1.2. Finestra lets you create as many virtual desktops as you like, although more than eight can get unwieldy. Most people will settle for the default of four. The product also lets you switch between virtual desktops and move programs between them with ease. 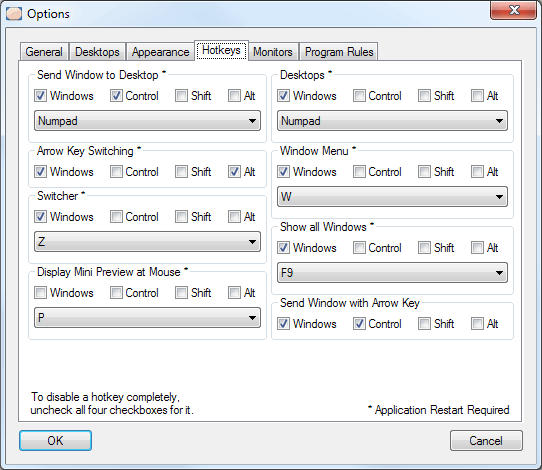 Figure 2: Finestra's hotkey assignments may need to be edited to prevent conflicts with other applications, but they are extremely configurable. (Click image to enlarge)

When you launch Finestra, pressing Winkey+Z will bring up an Exposé-like view of all your desktops at once. There, you can switch desktops by double-clicking anywhere within a desktop or pressing Enter when hovering over the desktop you want. You can also move applications between desktops in this view by simply dragging them from one desktop to another. Note that you can't directly interact with applications here. You can't, for instance, select a window and begin typing in it.

By default, applications open on whatever desktop currently has focus, but you can set rules for which applications always open in a given desktop. The program also works with multiple monitors -- you can either allow all displays to be included in the desktop-switching scheme or limit it to a selected few. It's also possible to set different backgrounds for each desktop, and the Taskbar icon for the program can show actions when right-clicked (albeit only in Windows 7).

Finestra comes with a slew of built-in, customizable hot-key behaviors for window and desktop management. The Win+Alt+arrow keys, for instance, switch between desktops; Win+Ctrl+the number pad key (1, 2, 3, etc.) will send the window currently in focus to a given desktop. Most of these hot keys didn't create any problems with other applications I had running, but users with a lot of other apps that trap hot keys may want to reassign or disable some of them.

Note that if you're on Windows XP, Finestra will work fine, but it won't offer you the visual enhancements that appear in Vista and Windows 7, such as the desktop thumbnails that appear when you hover over the Finestra icon in the Taskbar.