Now that Windows Server 2008 R2 SP1 and Windows 7 SP1 are out, people are curious to try RemoteFX. It's easy enough...

to turn on the RemoteFX role service under the Remote Desktop Services role and to add the RemoteFX 3-D Video Adapter to your Windows 7 VM, but how, exactly, can you tell if you've connected via RemoteFX or plain old RDP?

It's not as simple as Aero Glass or no Aero Glass, but if you know where to look, it can be pretty obvious. Since there are two methods of using RemoteFX, we'll break this discussion into two sections: Windows 7 SP1 VDI sessions and Windows 2008 R2 SP1 Session Host sessions. 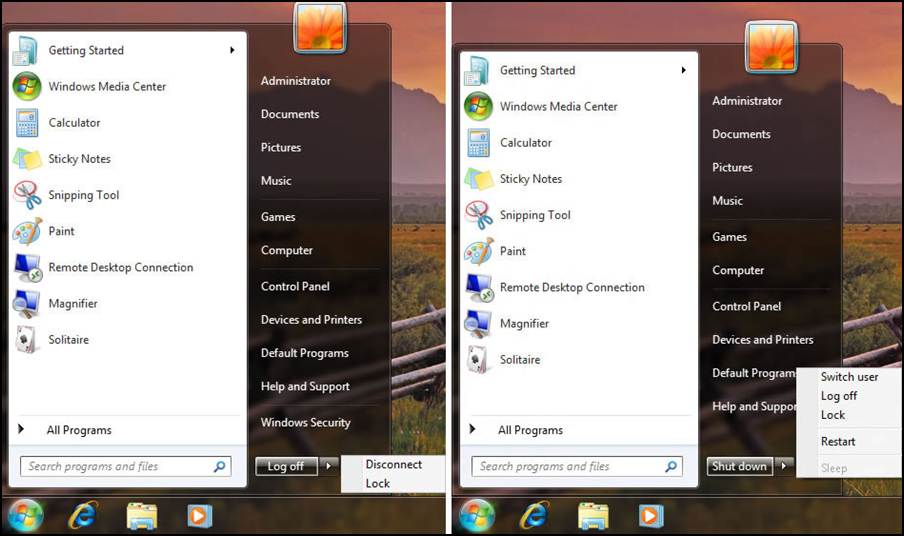 Figure 1: Without RemoteFX (left) and with RemoteFX (right) (click image to enlarge)

Windows 7 VDI Sessions
The first trick works in most environments, especially right out of the box. When connecting via RDP, there will not be a Shutdown or Restart option in the Start menu, just Logoff and Disconnect. When using RemoteFX, however, you'll see the Shutdown and Restart options as well. Note in Figure 1 that Aero Glass is on for both sessions.

This is because a RemoteFX session isn't treated like a typical remote desktop session. Instead, the actual console session of the remote virtual machine (VM) is being sent to the client. Savvy techs will notice that after adding the RemoteFX 3-D Video Adapter, the console can no longer be accessed from the Hyper-V host. This is also because RemoteFX now "owns" the console.

The other way to tell is by looking in the event log. Launch Event Viewer in your remote session, and browse to Applications and Service Logs\Microsoft\Windows\RemoteDesktopServices-RdpCoreTS\Admin. 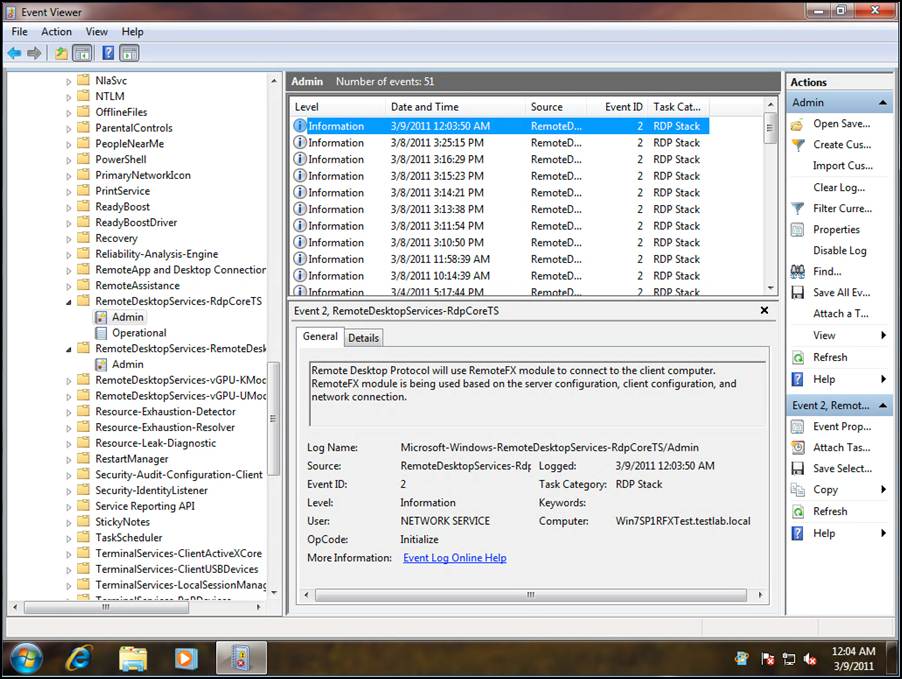 In the Event Viewer, you'll see an event for each time you've logged on. There are two different messages that use the same EventID (2). One tells you that "Remote Desktop Protocol will use RemoteFX module to connect," and the other says that it will use "RDP Graphics module."

Windows Server 2008 R2 SP1 Session Host Sessions
The other method of using RemoteFX involves a traditional Terminal Services or Remote Desktop Session Host (RDSH) connection. No GPU is required (or even supported!) in a Session Host environment. Windows 7 remotes the entire console to the client, but a terminal server can't do this since many people use the same server at once. In this case, the only way to tell is by looking at the event log.

What you need to know about RemoteFX

The differences between Microsoft RemoteFX and Citrix HDX

Open Event Viewer and browse to Applications and Service Logs\Microsoft\Windows\RemoteDesktopServices-RemoteDesktopSessionManager\Admin. There, you'll see one of two events: 1000 or 1001. Event ID 1000 means that your RDSH session is connected using the software implementation of RemoteFX. Event ID 1001 means that your session is connected using hardware compression, but at the time of this writing, no compatible hardware encoders are available that work with Windows Server 2008 R2 SP1 Session Host. 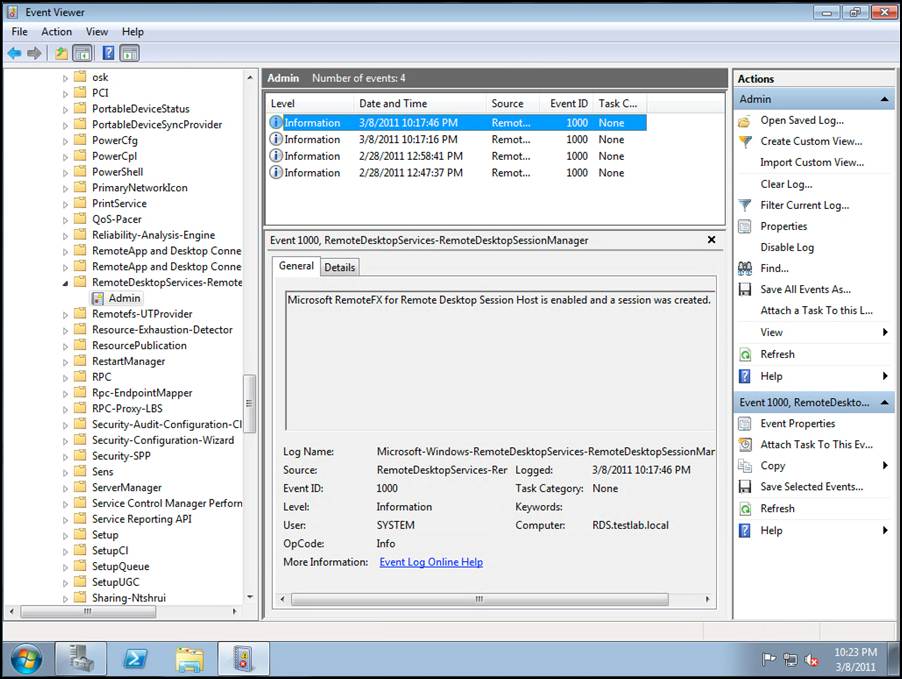 If you know of more ways to tell if you're using RemoteFX, let us know in comments.

ABOUT THE AUTHOR:
Gabe Knuth is an independent industry analyst and blogger, known throughout the world as "the other guy" at BrianMadden.com. He has been in the application delivery space for over 12 years and has seen the industry evolve from the one-trick pony of terminal services to the application and desktop virtualization of today. Gabe's focus tends to lean more toward practical, real-world technology in the industry, essentially boiling off the hype and reducing solutions to their usefulness in today's corporate environments.