Last month when we visited HP, we got a chance to check out some thin client technology that we couldn't write about until this week. We managed to shoot a few video demos, but here's a quick overview.

On February 13, HP announced two new product lines of thin clients that replace older lines with more powerful systems. The t610 which we got to see in Houston, and the t510 replace both the hardware and naming conventions of previous models (the t5700 series and the t5500 series, respectively), with the t610 becoming the new flagship thin client offering.

In the t610, HP has moved from Intel processors and Broadcom graphics acceleration to a 1.65GHz AMD processor with integrated "discrete-class" graphics. "Discrete-class," I believe, is just a fancy way of saying that it's really "just part of the processor, but don't worry, it's better than it sounds!" The combination of these into a chip is called an APU, or Accelerated Processing Unit, of which AMD has released several over the years.

Based on the video, the upgrades have had made a significant impact on the graphics and processing capabilities of the device. As you watch it, note the difference in frame rate and process consumption between the two platforms. The old system ran the IE HTML5 fish tank demo at 9 fps, while the t610 ran it at 34 fps. As an observer, I have to say it was an impressive difference, even if it doesn't come through in our not-so-steady recording (which is what you get when the Justin attends the company meeting and leaves us with a video camera). 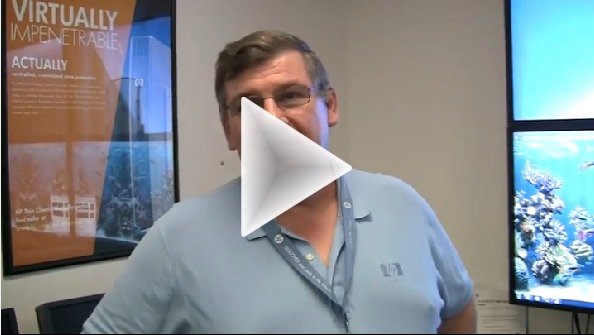 As with the previous model, the base t610 supports dual monitors, and an expanded version is available that allows up to four displays. Unlike the old model, though, you can't just buy an bolt-on expansion module. You can see the four-monitor version in action below. 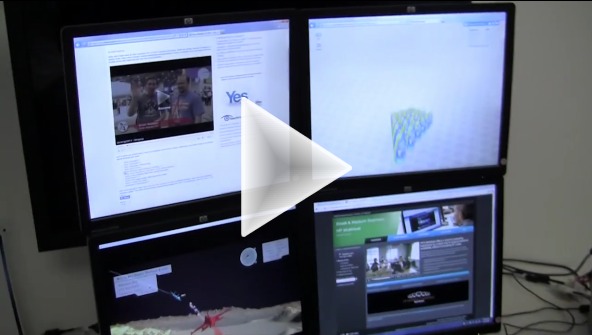 The t510 uses a VIA Eden X2 dual core processor with hardware acceleration for graphics. Additionally, it supports two monitors, and comes with 2 GB of memory (same amount of memory as the t610).

According to the press release, t510's retail for $259 and t610's retail for $399 and will be available in April. Those prices are for the models that come with HP's ThinPro OS, so if you want to add Windows to the mix (as in the video), you plan on spending a bit more.

If you missed it, we also shot a cool demo of HP's experimental ~$200 zero client that can be reprovisioned for HDX, PCoIP, or RemoteFX without being locked to one platform (as opposed to Wyse Xenith, where you're using C-class hardware but locked into using it for XenApp or XenDesktop only).